For a pdf version of the update you can print or email, click here.


The Caribou Lake Fire received some rain on Monday; however, the ongoing drought conditions have caused the vegetation and ground to remain excessively dry. Crews continued to work toward 100 percent containment on the fire. Thermal infrared detection indicated that significant heat signatures are over 48 hours old. The fire remained at 900 acres and 20 percent containment as of Monday evening. 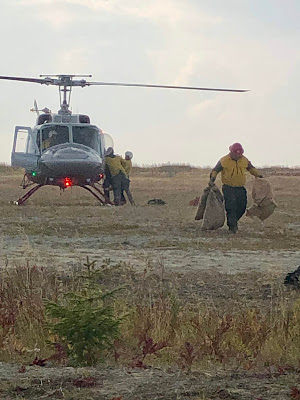 Helicopters and firefighters will be using a portion of the gravel pit parking area on Basargin Road as a helispot in support of the Caribou Lake Fire. Fire officials are asking people to avoid parking in the area near the helispot for the safety of the firefighters and public.

Weather: Although Homer received some rain on Monday, very little precipitation fell on the fire. Dry conditions and above average temperatures are forecast for Tuesday. Areas of smoke in the morning will transition to partly cloudy skies in the afternoon. High temperatures are expected to be in the mid-60s to low-70s. North to northwest winds will dominate throughout the day, as low pressure in the Gulf of Alaska begins to move to the south and east. Northerly winds will transport area smoke to the south. High pressure will continue to build through the week, with limited chances for rain.

Sterling Highway: Expect delays between the “Y” at the intersection of the Sterling Highway and the Seward Highway, and milepost 71 at Watson Lake due to fire activity and smoke impacts. Drive with headlights on and yield to fire vehicles and first responders. For the latest road conditions, visit 511.alaska.gov.

Evacuations and Closures: None

Temporary Flight Restrictions (TFR): A TFR is in place for air space over the Caribou Lake Fire (9/7506 NOTAM). The TFR includes unmanned Aircraft Systems (UAS), or drones, as well. Flying drones near wildfires could cause injury or death to firefighters as a result of a mid-air collision with tactical firefighting aircraft.

For a pdf version of the map you can print or email, click here. 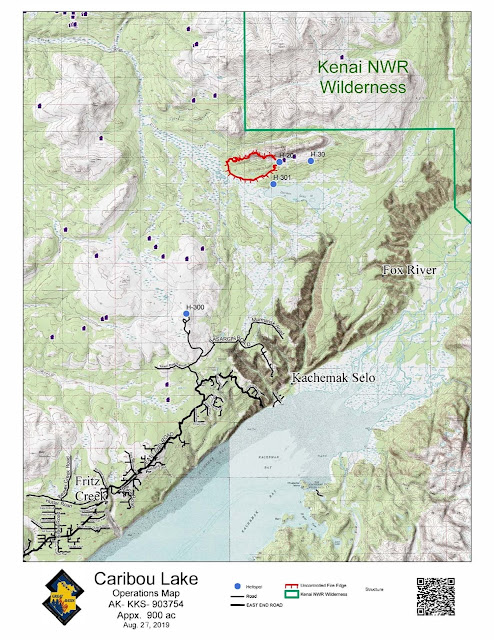